As featured in the film 'Infinite'.

Much of the lighting we salvage and restore from the former Eastern Bloc was produced in the manufacturing powerhouses of former Czechoslovakia. Under Communist rule the same design was often manufactured in three scaled versions to cater for varying bulb wattage. The country is also famed for its beautiful glassware, with both wall and ceiling opaline glass lights often being used in public and residential settings, such as housing blocks and schools.

View all lights from Czechoslovakia (former)

Once a light has undergone preparatory treatment and any degraded surfaces have been removed, we begin the journey to bring it back to life. At skinflint the work we do is about protecting and preserving the individual heritage of each piece. So instead of repainting surfaces, with ferrous metals such as iron and steel, we linish the surface on large rotating wire wheels to add depth and grain, highlighting any original casting details to bring out the light’s character through surface and patina.

Our lights on the big screen

Did you know that our vintage lights regularly star in feature films such as 'Mission Impossible'? You can spot this particular light in the motion picture 'Infinite', below. Explore other collector’s pieces from the big screen in our vintage prop lighting collection. Alternatively, if you’re interested in our prop hire services click here. 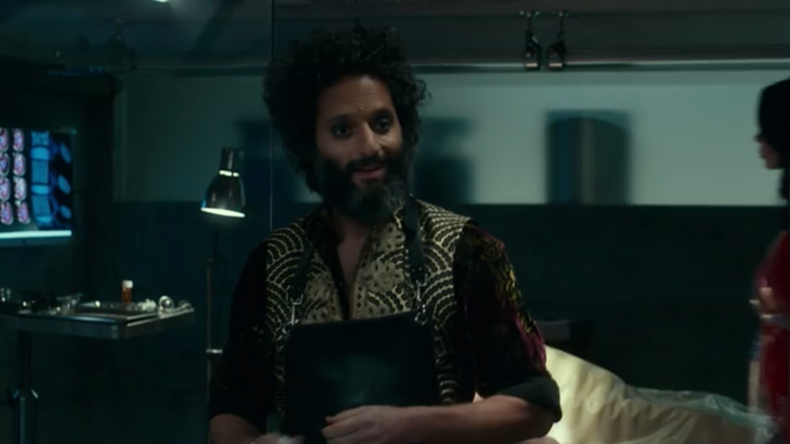 Non-standard delivery. Supplied wired and tested to BS EN60598. IP20 for internal use only. All dimensions and weights are approximate.

As well as offering a lifetime guarantee that includes repairs, our Full Circle buy-back scheme gives you the opportunity to trade-in your skinflint lights. It keeps vintage lights in use forever - helping you and our planet.

Trade in, get credit

Why we recommend using energy-saving LED light bulbs in all of our vintage lights.

Our UK and international shipping and our no quibble return options explained.

Where our lights can be used internally and externally, including bathrooms and IP ratings.

Everything you need to know about B Corps - explained.

A quick word from our customers

The quality of what I bought (being around a third of the cost of their top end items) is exceptional. Recommended.

What a great light - we're really happy with it! Delivery time was really quick too. Will be purchasing other lights from you in due course.

Lighting is critical to any room and when it came to putting the finishing touches to our vintage kitchen, we came to skinflint - and we found exactly what we wanted.

The lights definitely bring a sense of authentic character and history to the space. It's the truth when I say I had the lights before I even had final house plans!