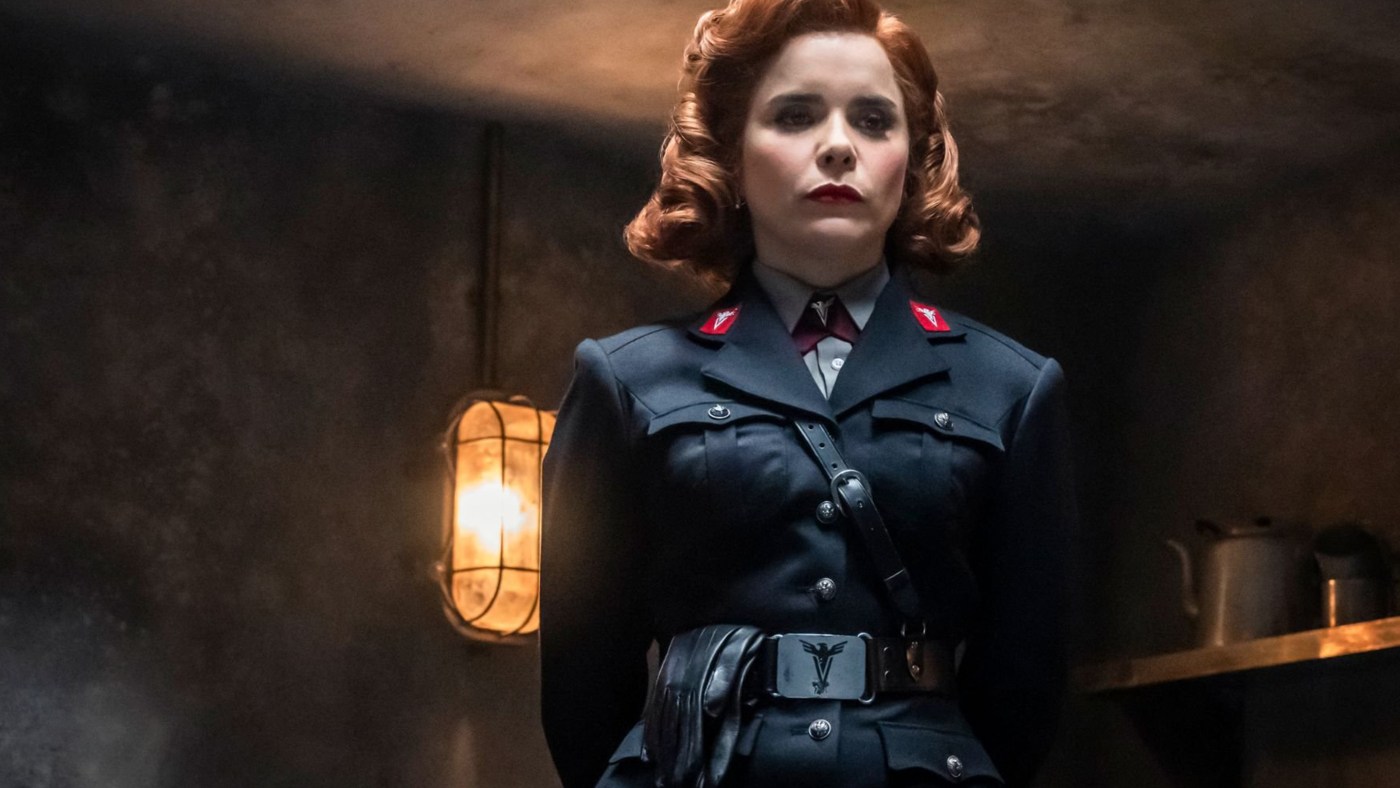 That moment when you spot your restored vintage lights on screen… Priceless! Following the success of the first series, Warner Brothers’ acclaimed TV drama ‘Pennyworth’ has returned. Series two once again incorporates more of our authentic industrial lighting on set thanks to our Prop Hire service, playing an important role in creating the show’s dark and gritty atmosphere of the 1960s.

Season 2 continues to follow Alfred Pennyworth as he attempts to profit off a war-torn London whilst on the run from militant faction the Raven Union. Our industrial lighting can be seen throughout the TV drama: from the villain’s underground lair, to the Art Deco inspired restaurant, adding unique character and depth to each scene.

In keeping with skinflint’s ethos of restoring and reusing, set decorators have cleverly reused our XL ceramics factory lights used in the first season here again in the second, along with some new industrial pieces. Alongside our Polish factory lights also from season one, are our 1950s industrial Czech LED pendants, set in the Raven Society’s new operational base. Framed by concrete walls, the original paint on the outer steel shade of these linear lights blend seamlessly with the grayscale backdrop. The brown bakelite end enclosures and open-bottom shade offer a striking contrast against the concrete texture, turning them into key feature pieces of this set.

Continuing the industrial theme are our prismatic bulkheads, salvaged from a mothballed factory in the North East of England. Dating back to the 1950s, the bulkheads can be seen in the corridors of both the Raven Society headquarters and 1930s inspired restaurant. Featuring their original prismatic glass and a streamlined, symmetrical design typical of the era, the lights blend seamlessly with the Art Deco details on set whilst retaining the industrial undertones of the entire show.