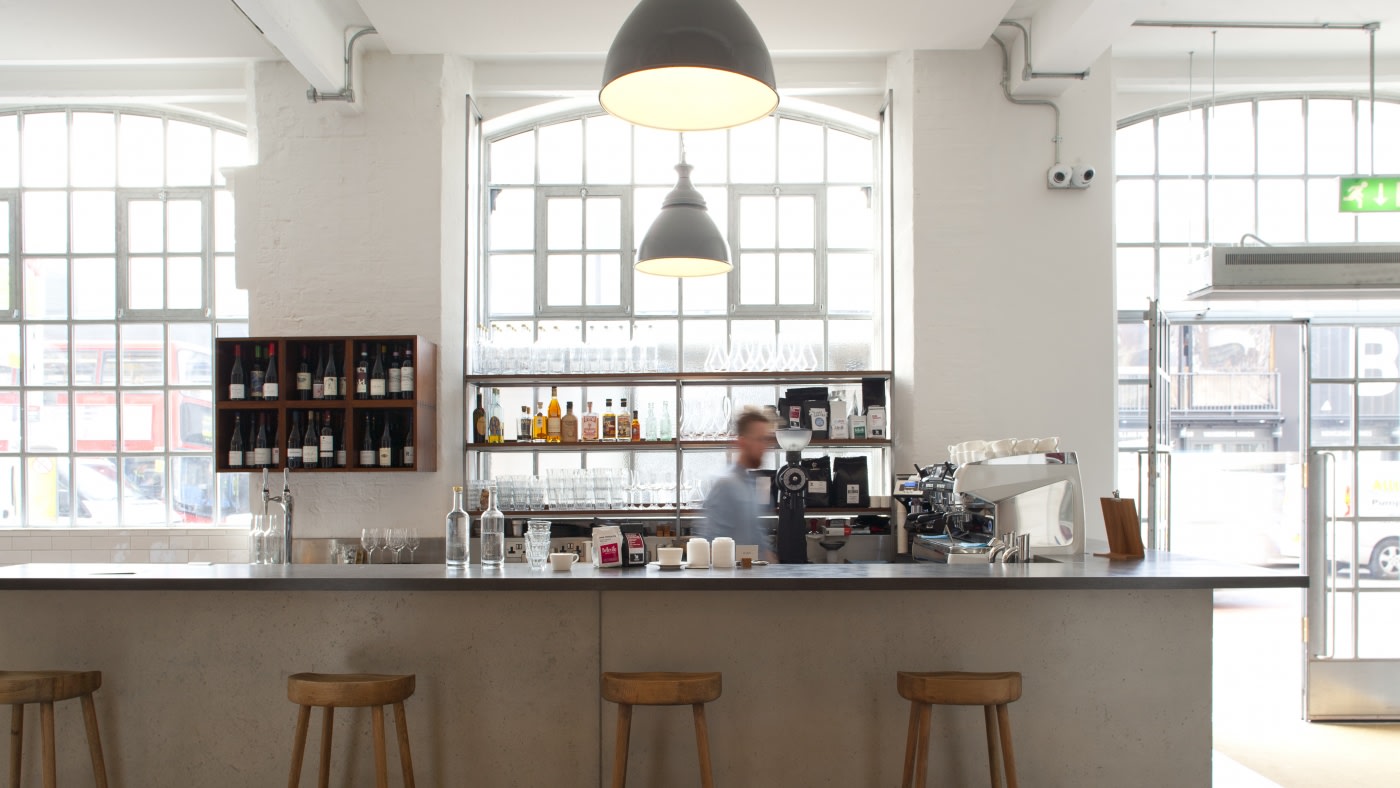 Located in the Tea Building in Shoreditch, East London, is Lyle’s - a British restaurant from James Lowe and John Ogier. Taking inspiration from its home inside the Tea Building that still dominates the junction of Shoreditch High Street and Bethnal Green Road, B3 Designers created the interior with strong reference to British manufacturing and industrial design from the mid-20th Century.

A large run of our British enamelled pendants salvaged from the Dunlop Aerospace Factory, Coventry, UK were specified throughout the scheme, as well as a 1960’s British counterbalance light by Horstmann fitted to the mid-century console desk.

Originally built in the 1930s as a bacon factory for the Lipton brand, the Tea Building is an imposing eight-storey building with a slightly older adjacent building, the Biscuit Building, erected in 1920. Extended in 1928 and used as a tea packing warehouse for much of its life, both warehouses were joined together internally in the early 1930s.

Today the whole of the premises has been converted, and Tea Building is a landmark in Shoreditch, accommodating a variety of creative industries, media companies and artists, as well as a private members club on the top two floors.

On the ground floor, the overall style of Lyle’s is uncomplicated, simple and relaxed. Full of natural light due to three vast factory-paned windows on the front elevation of the building, B3 Designers referenced the existing fabric and architectural features of the Tea Building in its choice of materials: natural concrete floors, simple white crackle glazed tiles, and painted brick. Joinery features honest details with a subtle contrast in woods. Across the dining room is one style of seat setting – a two person table shrouded by reclaimed Ercol stick back chairs.

Both our large grey industrial lights, suspended within the concrete coffers of the existing ceiling, and our Horstmann counterbalance light pay homage to the long-lasting quality of British mid-century design.