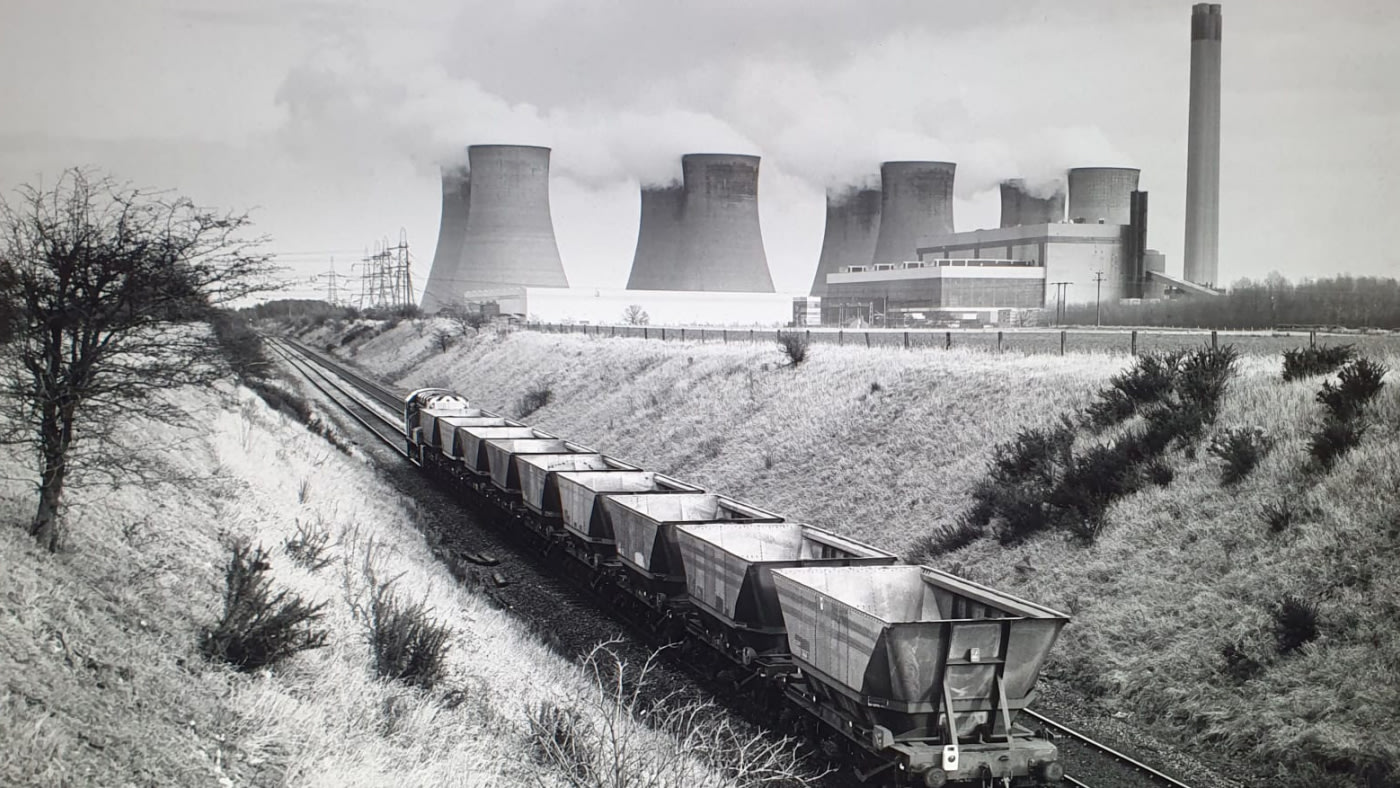 Early on a Sunday morning in August 2021, Yorkshire locals gathered around to witness what one called the “end of an era”: the demolition of Eggborough Power Station. An iconic landmark that stood proud for some 50 years, the dramatic and significant end was also closely followed by the team here at skinflint who had visited the site earlier in the year. Significant, because we were fortunate to salvage a large run of original 1960s ‘Taskmaster Flurolier’ fluorescent lights from the site just in time before it met its timely end.

An important part of the work we do here at skinflint salvaging and restoring vintage lights is paying homage to their past and future heritage, documenting, preserving, and celebrating the lights themselves, as well as the history of each piece we find. So in honour of Eggborough and these lights, we thought we’d tell you a little more...

With its 300ft (90m) high structures, Eggborough was once a site that could be seen for miles around, standing for 50 years in an area where all four Yorkshire counties - North, South, East, and West - meet. Coal fuelled sites like this one symbolised the optimistic economic growth of Britain in the post-war baby boomer years and, to this day, runs deep in the veins of the local coal-mining community and the industrial north of England. One of its notable features was that it was built next to a railway, which carried coal directly to the plant.

Built in the 1960s, Eggborough Power Station started generating electricity for the National Grid in 1967 but was officially opened in 1970. For the next half a century, the 2,000-megawatt station produced enough to power the equivalent of Leeds and Sheffield combined.

Above: Eggborough Power Station (image from the official opening booklet, 1970.)

Decommissioned in 2018 it was later bought by St Francis Group in 2019, with plans to redevelop the site into an industrial and distribution park after it no longer became financially unviable to run. On 1 August 2021, four of the eight huge cooling towers were demolished, watched by local spectators who were dotted in fields around the rural site as the towers fell to the ground. 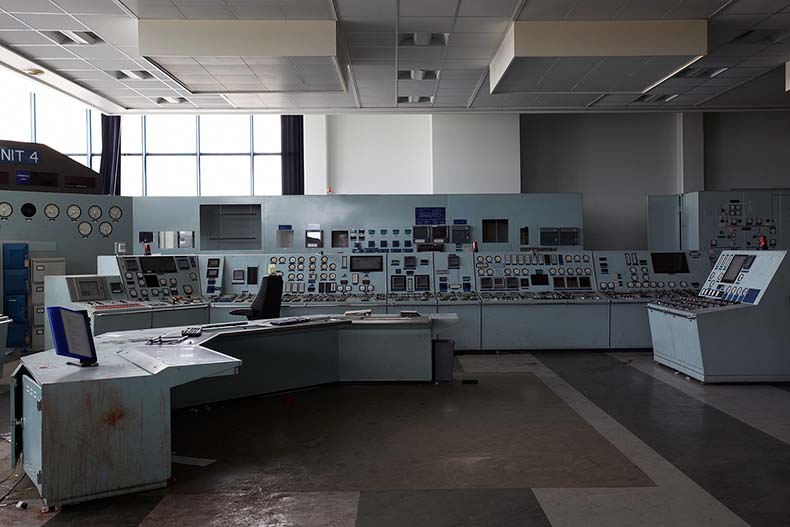 Above: The fading yet futuristic ‘Central Control Room’ at Eggborough Power Station, as captured by Darren Holden a number of years ago.

Below: In its heyday, captured in the 1970 (Powerstations.uk).

Longtime skinflint friend and documentary photographer, Darren Holden, was lucky enough to gain access to Eggborough before it was demolished. His photography gives us a fascinating insight into the iconic site and the former glory of the spacious and airy central control room. In these before and after shots above, you can see the control desks for all four units, plus engineering and station services. Each unit had its own control station, wrapping around the corners of the square layout. Engineering and controls for station facilities were placed in the center.

Between 1996-2000 the control desks at Eggborough were upgraded to incorporate Advanced Plant Management System (APMS) soft desks into the existing Cutlass interfaces. The system enabled the station to move with the times and work in a more fast and economical manner. 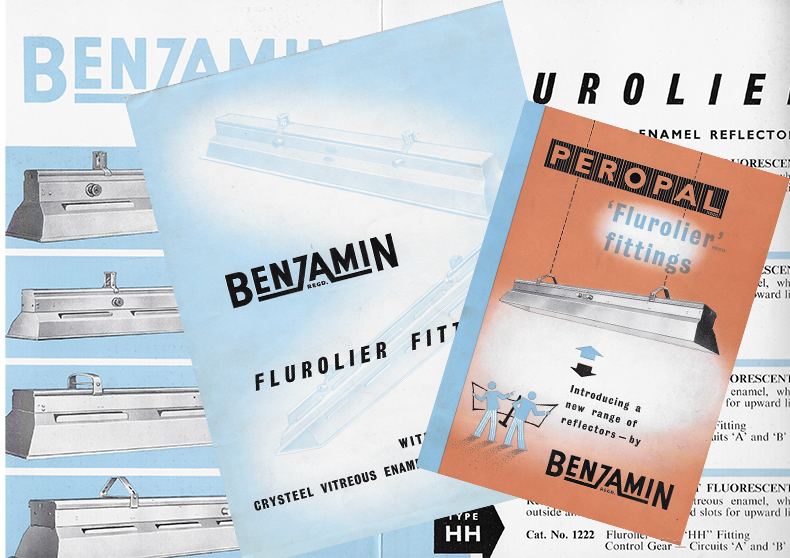 Above: Extracts taken from our internal catalogue archive - a brochure by renowned lighting brand Benjamin Electric Ltd detailing some of the various linear lights we have been fortunate to salvage and restore over the years, including the latest from Eggborough.

Once, these industrial linear lights would have helped to illuminate various industrial areas of this site for workers. Today, the lights that we have salvaged and restored from this iconic site stand in testament to the long and illustrious industrial heritage that helped to shape mid-century Britain. 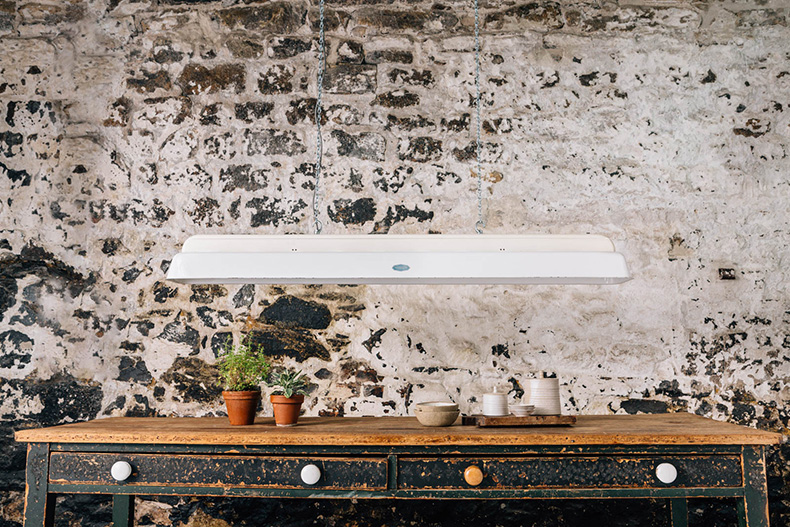 8 years ago - Stuff We Love