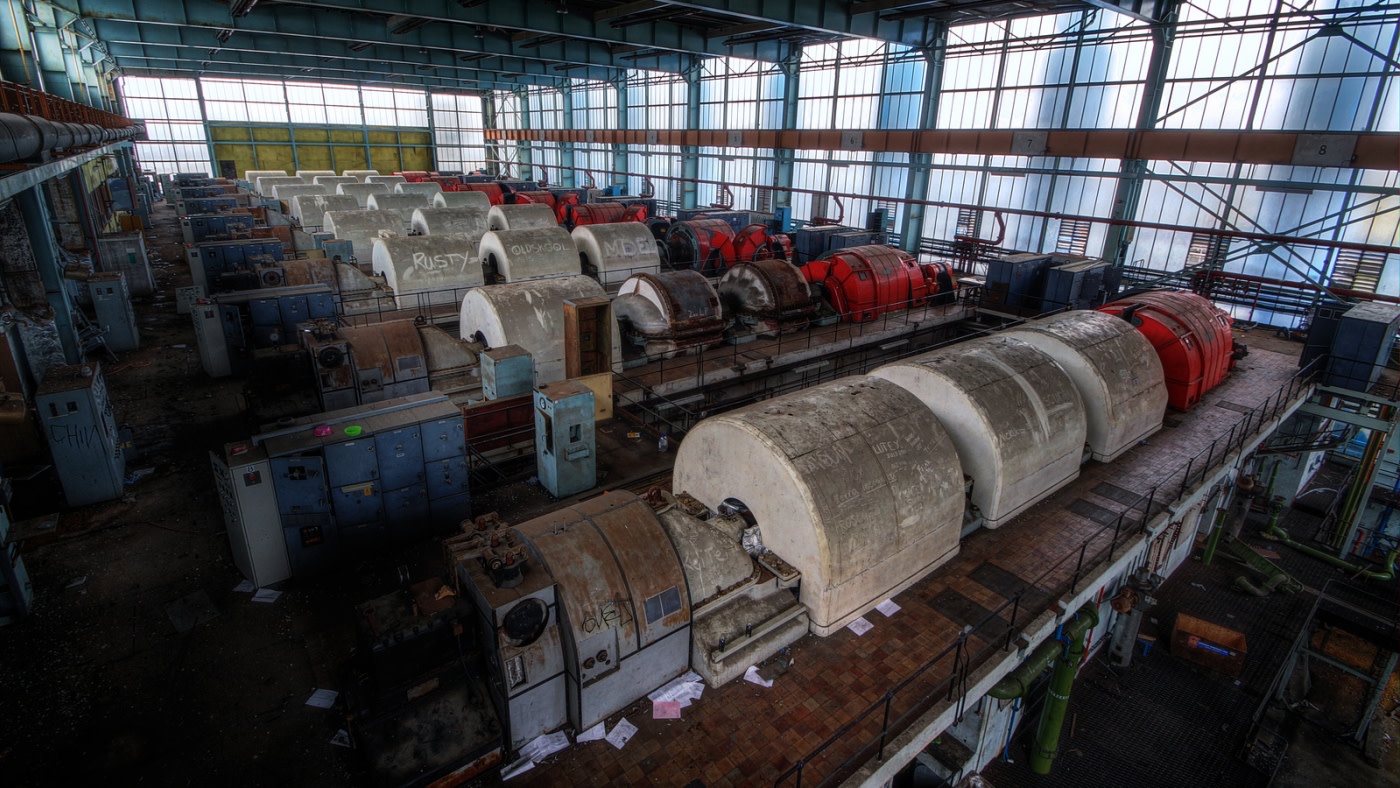 The latest collection from the skinflint workshop comprises entirely of lights from one specific location: The National Gas Turbine Establishment, known simply as Pyestock, it was the place the jet engine as we know it was nurtured and grew to power aircraft supersonic speeds.

Pyestock opened in 1949, just as the cold war was beginning to take hold, and was situated at the Northern edge of the Farnbrough airfield at Fleet in Hampshire.  This hidden site was to host the testing and development of many jet engines. Harrier, Tornado, the V Bombers and Concord all had engines developed and tested at this top-secret location. It was the expertise, design and experimentation at Pyestock, which helped usher in the Jet-Age.

From the exterior Pyestock itself appeared as a collection of complex pipes, towering glass and concrete buildings that made up and incomprehensible ‘hive’ of technology. It was not until you saw the interior that the sheer vastness of the operation really sank in. Like individual components in a vast machine, a futuristic Geigeresque film set made real, the once state of the art, inexplicable, pipes, doors, ducts, sensors and funnels would have once echoed and roared to the whine of the turbines that created the necessary supersonic wind speeds.

The site was power hungry, it devoured electricity to fuel it’s desire for the pursuit of ‘bigger better, faster’ engines. By the 1970’s the power of the site’s own engine house was insufficient to run the air house. Itself a vast cavern of wind production that either blew or sucked air at supersonic speeds through giant GEC compressor/exhauster turbines into the test cells for the hungry jets. It was the development of Concorde’s engines that finally tipped the balance and the requirements for power became so huge that the facility had to pull form the National Grid to enable the 2,000mph wind speeds to be simulated at air pressure of 60,000 feet. As a result test Cell 4 (aka The Concorde Test House) could only be sparked up at night, or it would have simply overloaded the Country’s electrical power capacity!

Stories abound from people who grew up living in the vicinity of this leviathan of the jet age, of hearing the low rumble of cell 4 being switched on late at night as they lay in their beds at night sounding like ‘like the rolls of distant thunder’. To complete the range of extreme simulations, Cell 3 was also equipped with two tanks of liquid ammonia which enabled temperatures to be dropped to -22F, which permitted the testing of the effects of ice on both engines and helicopter rotors which were simply hung from the cavernous ceiling.

As computers developed, it became cheaper, easier and faster to test models based on computer simulations and Pyestock closed forever in 2000, with staff simply switching off and walking away, leaving entire engines in situ. Since that day the once iconic palace of the jet age fell into a state of neglect and was visited only by a few lucky, urban explorers. It has now sadly been completely demolished. In its place will stand a vast mega-distribution centre. It is somehow a tragically fitting epitaph that this once iconic site, filled with the promise of the future of British engineering, should become a monument to the web of consumer culture in which we find ourselves entwined.

To see more images of the Pyestock site click here: 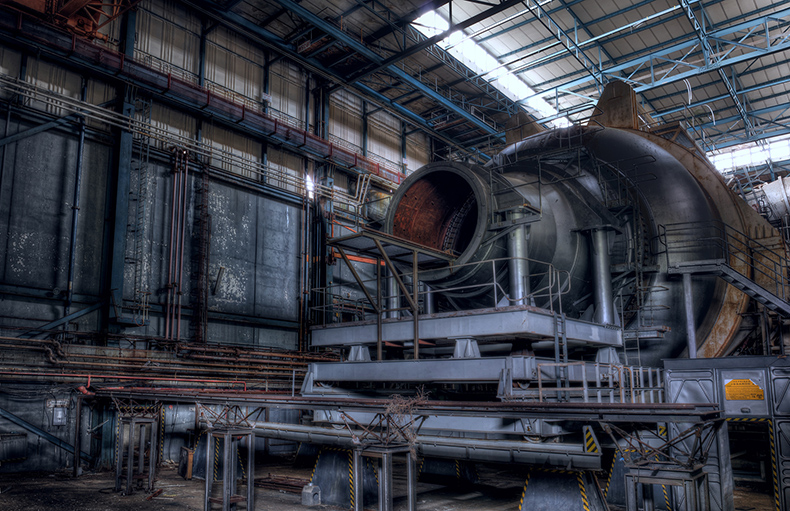 Thanks to Matthew Emmett and Simon Cornwell for the exploration and images of Pyestock.

We’ve teamed up with Reclaim Magazine for a special giveaway celebrating our AW19 collection of iconic lighting designs.

In celebration of International Women’s Day on 8 March 2018 the skinflint lighting team round up a few of their all-time favourite female British designers.

4 years ago - Stuff We Love