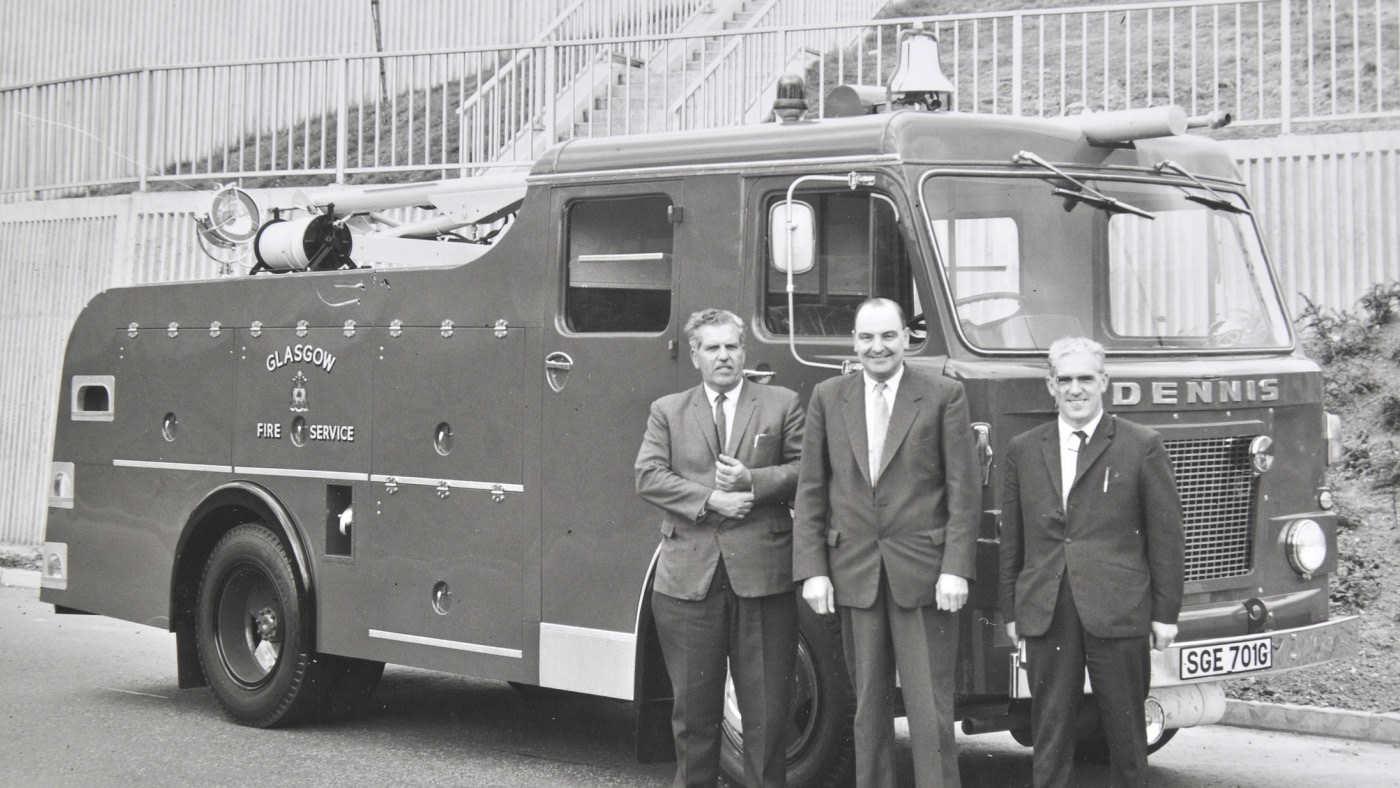 One of the rarities we are occasionally lucky enough to find are searchlights; large in scale these historic pieces make for excellent feature floor lamps when set on a vintage tripod or fabulously eye-catching suspended pendants.

Searchlights were frequently used atop British fire engines, such as this 1967 example by Francis of Bolton, Lancashire and much to our delight fire engine enthusiast Mervyn Smith who, along with his wife June, captured thousands of images of fire engines over a total of 42 years, snapped the above image in the early 1970's in which the Francis light is clearly visible at the rear of the engine.

A history of heat lamps

From the Ancient Egyptians to modern-day uses - Dr. Tania Woloshyn traces the fascinating medical history of our heat lamps.

2 years ago - Stuff We Love