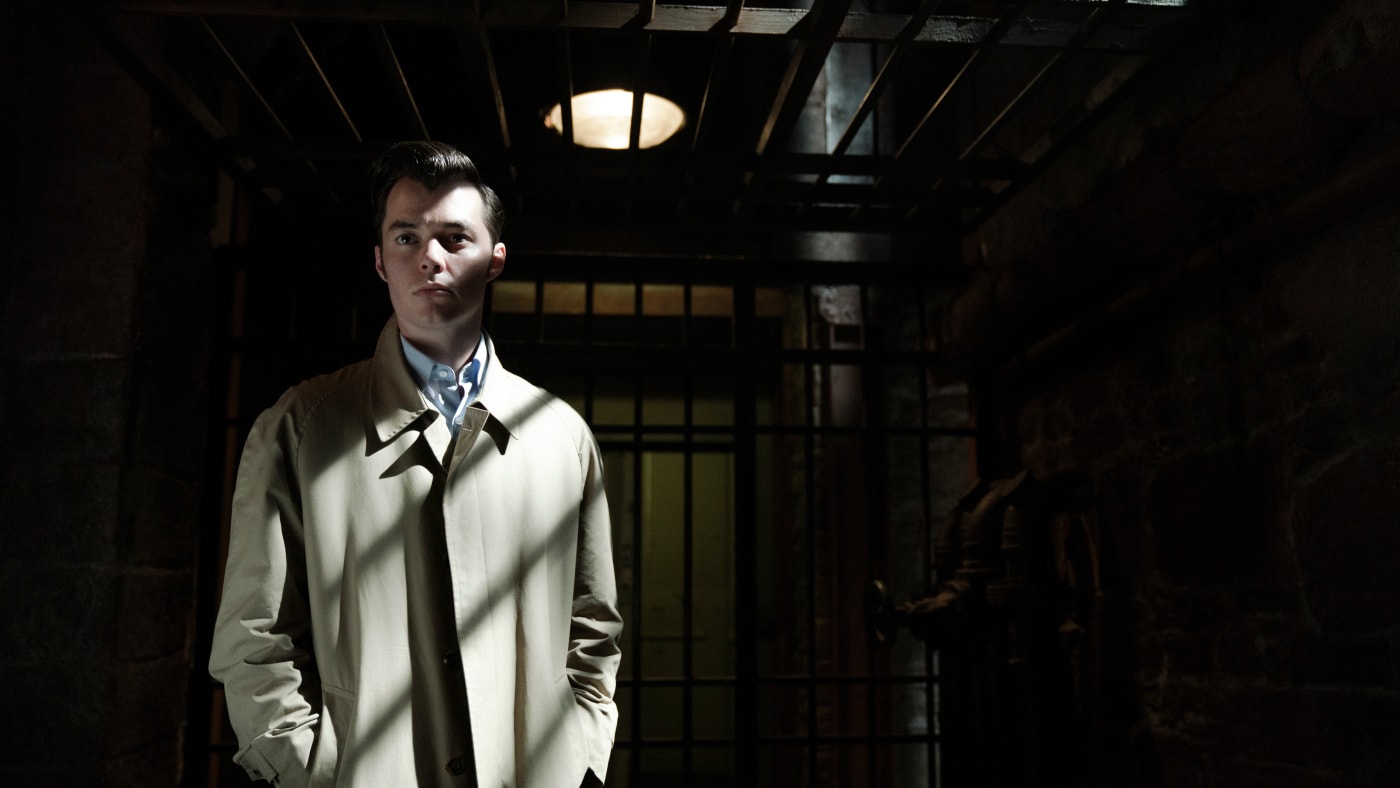 Our Prop Hire department continues to grow, and with it the number of productions our lights have featured! Enter the dark underbelly of 1960s London with Warner Brothers’ acclaimed TV series ‘Pennyworth’, developed and written by Bruno Heller. Based on the DC Comic book character of the same name, this gritty series follows former British SAS soldier Alfred Pennyworth in his youth as he forms a security company and begins his work for billionaire Thomas Wayne. Viewers are taken on a plot journey through unique industrial sets and locations from dilapidated bunkers to prestigious war rooms, featuring a range of our industrial lighting throughout.

Our 1950s Polish factory lights can be spotted in a variety of scenes of ‘Pennyworth’ Season 1; these oversized pendants often loom over the characters, especially within the underground prison. The downlighting offers a mysterious and ominous glow enhancing the tension of the scene, whilst the industrial style stays in keeping with the underground location. A similar set design can also be seen in the underground bunker. The brushed and lacquered steel of these lights complement the gritty and industrial decor whilst the open space of the bunker allows the sheer size of this convex glass lens pendant to come into its own.