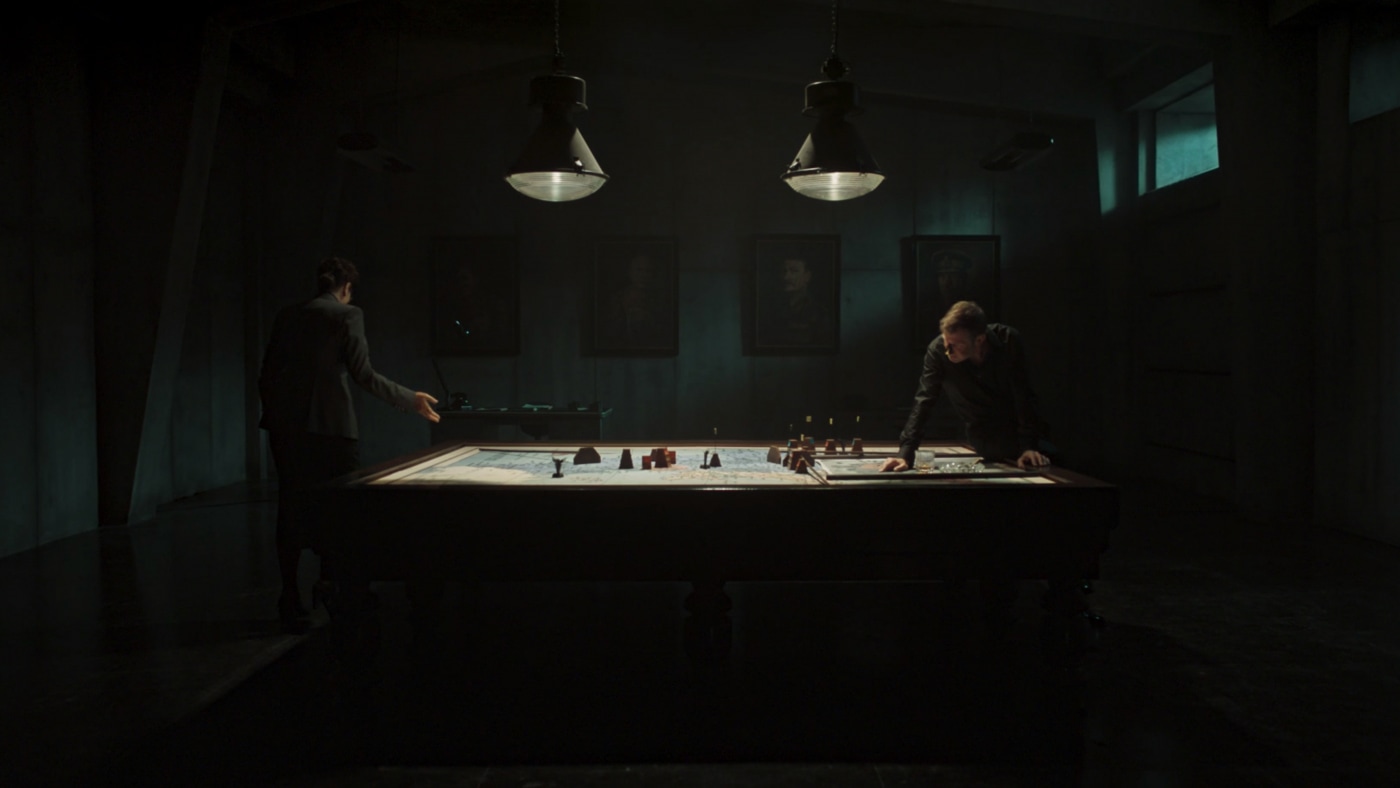 With the recent announcement of Warner Brothers ‘Pennyworth’ Season 3, the skinflint prop team have been reminiscing about the two previous gripping seasons and the industrial prop lighting supplied to the sets of this gritty drama series. Following former British SAS soldier Alfred Pennyworth in his youth, ‘Pennyworth’ is set in the dark underbelly of 1960s London with a range of unique locations from dilapidated bunkers to prestigious war rooms. Specialising in salvaging and restoring original lighting from the 1920s to the 1970s, our lighting experts were eager to supply the art department at ‘Pennyworth’ with authentic one-of-a-kind pieces for prop hire to enhance the authenticity of their scenes. 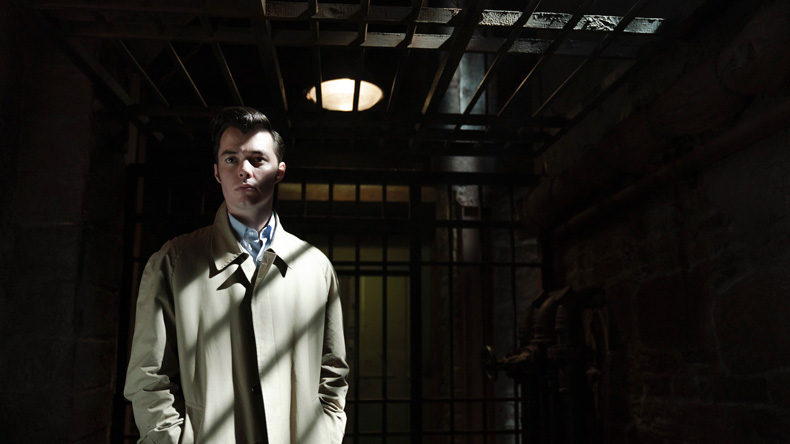 Pennyworth S1
A diverse selection of our industrial lighting was hired and used in several scenes of ‘Pennyworth’ Season. Most notably, our 1950s polish factory lights can be spotted throughout the entire series; these oversized pendants often loom over the characters, especially within the underground prison. The downlighting offers a mysterious and ominous glow enhancing the tension of the scene, whilst the industrial style stays in keeping with the underground location. A similar set design can also be seen in the underground bunker. The brushed and lacquered steel of these lights complement the gritty and industrial decor whilst the open space of the bunker allows the sheer size of this convex glass lens pendant to come into its own. So popular were these oversized pendants that they even made their way onto various sets of Season 2! 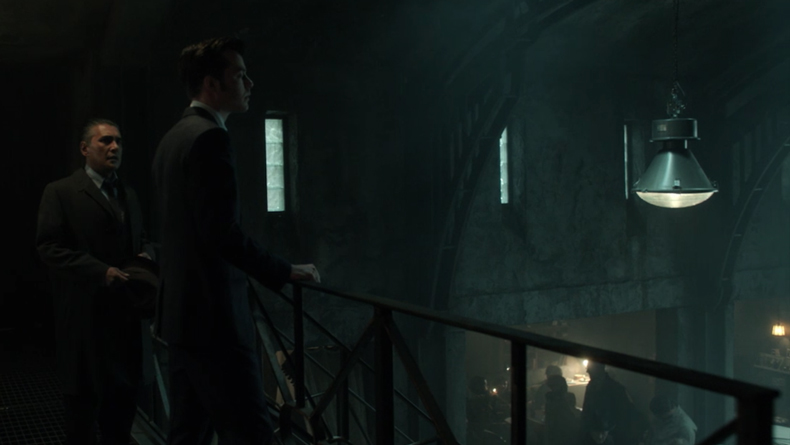 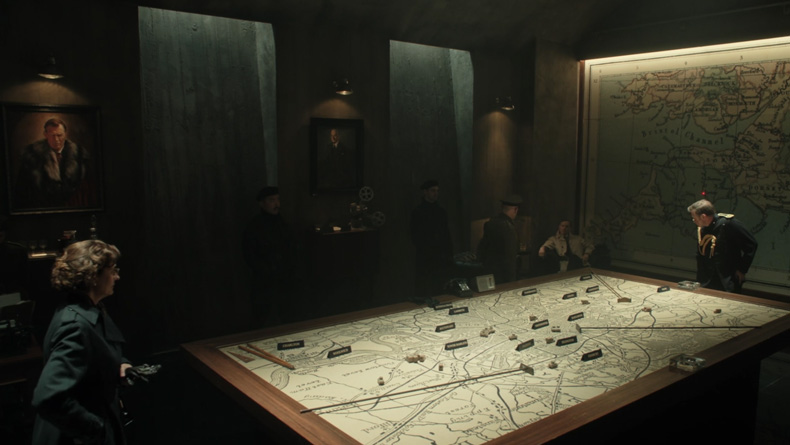 Pennyworth S2
In keeping with skinflint’s ethos of restoring and reusing, the set decorators at ‘Pennyworth’ took a page from our book and reused our XL ceramics factory lights from the previous season for season 2 - along with some new industrial pieces. Alongside the polish factory lights are our 1950s industrial Czech LED pendants, set in the Raven Society’s new base of operations. Surrounded by concrete walls, the original paint on the outer steel shade of these linear lights blend seamlessly with the grayscale backdrop. The brown bakelite end enclosures and open-bottom shade offer a striking contrast against the concrete texture, turning them into key feature pieces of this set. 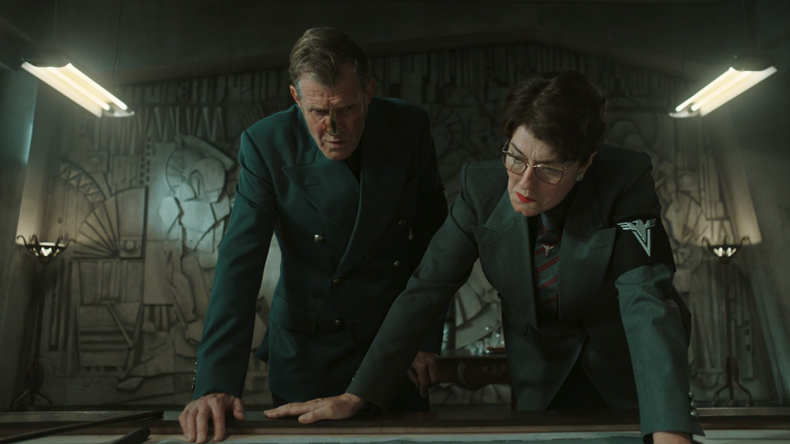 In keeping with the industrial theme are our prismatic bulkheads, salvaged from a mothballed factory in the North east of England. Dating back to the 1950s, these bulkheads are seen in the corridors of both the Raven Society headquarters and the art deco inspired restaurant. These wall lights still have their original prismatic glass - the streamlined and symmetrical design connoting the art deco finishing throughout the restaurant whilst still retaining the industrial undertones of the entire season. 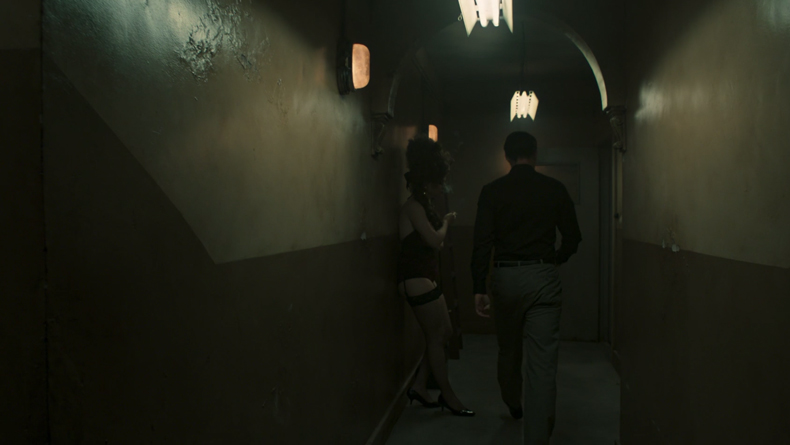 Our prop hire lighting on the sets of ‘Pennyworth’

With the recent announcement of Pennyworth Season 3, we are looking back on the industrial and vintage prop hire lights that we supplied for the first two seasons of this gritty drama.

Speaking to the British Film Designer's Guild, skinflint's workshop team member Rosy reveals what goes on behind the scenes restoring our original vintage lights ready for prop hire for TV and film.

Our vintage lighting props on the big screen (part 1)

Celebrating our official sponsorship of the British Film Designers Guild (BFDG), we look back on a successful year supplying our restored vintage lights as props for TV and film.