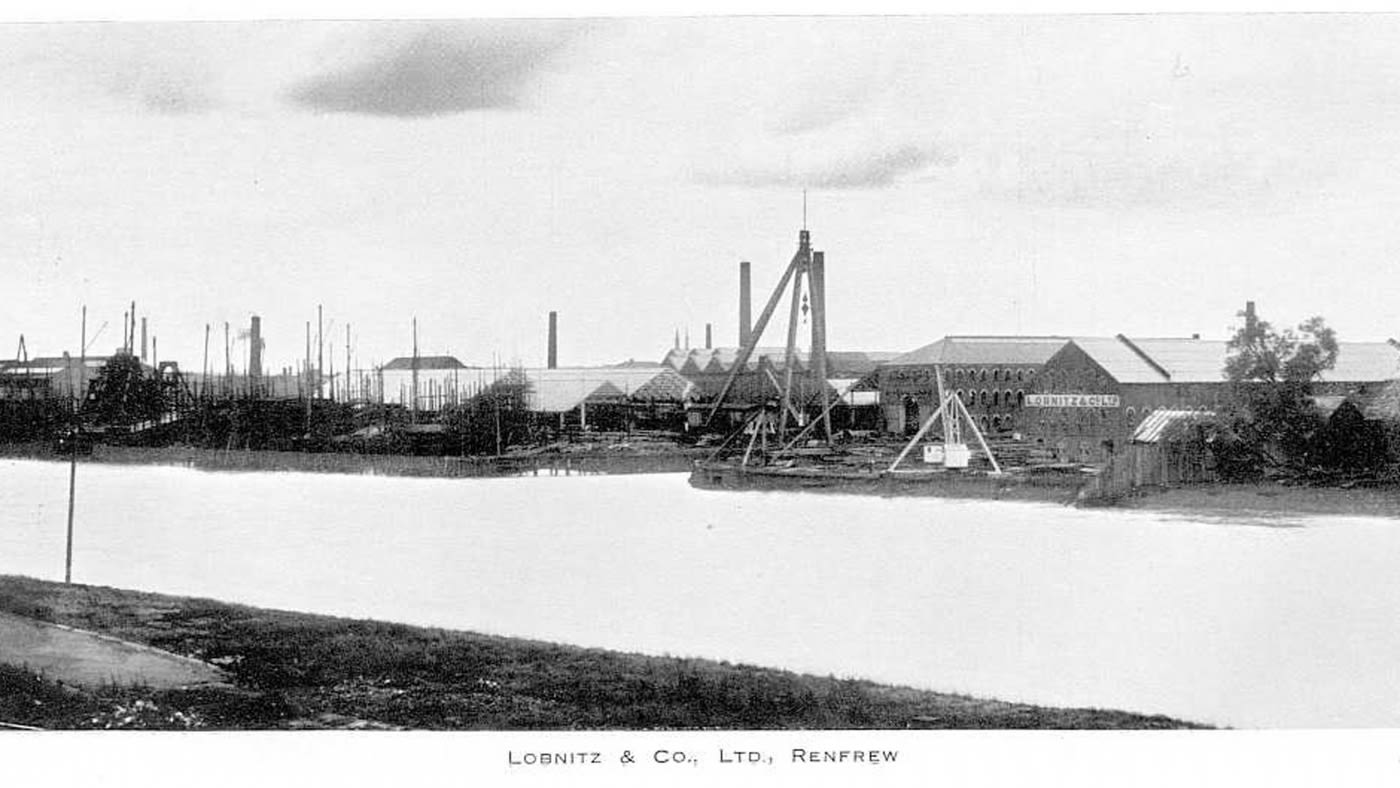 At skinflint, we restore and salvage vintage lights from surprising locations across the globe. Recently, we discovered some unique pieces of Scottish industrial and maritime history. Salvaged from the vast halls of the Lobnitz Dock in Glasgow, they are the Lobnitz Dock grey pendant lights and a large number of beautiful 1950s industrial green enamel shades.

These industrial enamel pendants feature a lacquered steel gallery and internal polished copper baffle which, after careful restoration, have withstood the test of time. Intrigued by the history of these industrial pendants, we wanted to find out more about Lobnitz Docks. 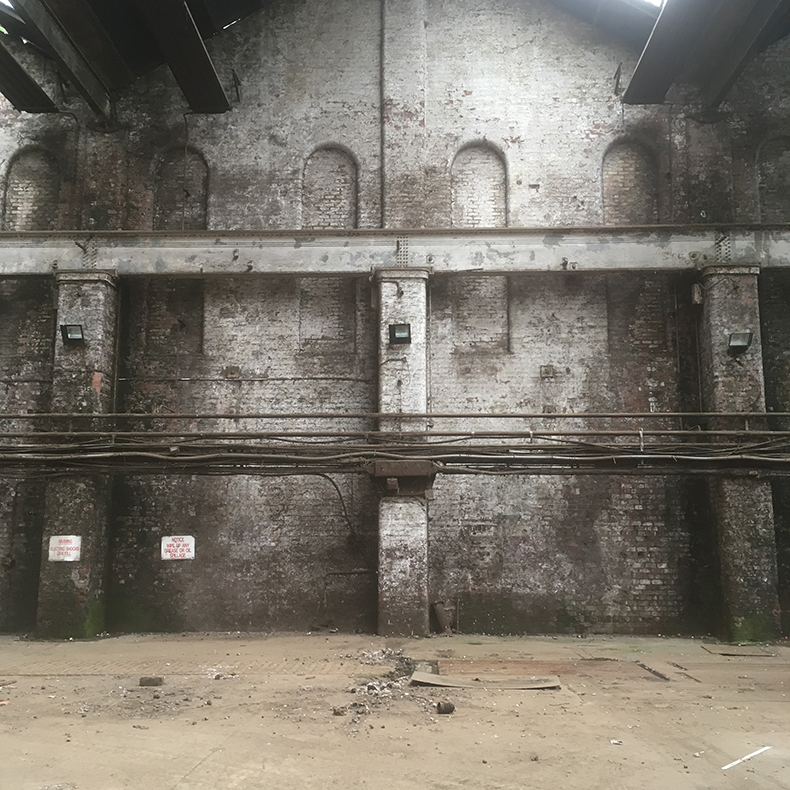 Above: Standing inside the vast halls of Lobinitz Docks on our recent salvaging trip.

Lobnitz & Company was a Scottish shipbuilding company located on the west side of Renfrew on the River Clyde. The company built dredgers, floating docks, fishing boats, tugs and workboats, and was seen as a pioneer and innovator of the industry. Henry Lobnitz, born in 1831, was an engineer from Denmark, who contributed to the Clyde when he worked under James Henderson & Son at their Renfrew West Yard in 1857. Over the next twenty years, as the west shipyard became more under the control of Henry Lobnitz, it was renamed several times - in 1874 it was known as Colburn Lobnitz & Company before eventually becoming Lobnitz & Company in 1880. By this time, Renfrew was considered one of the best shipyards in the world for creating rock-cutting machinery. 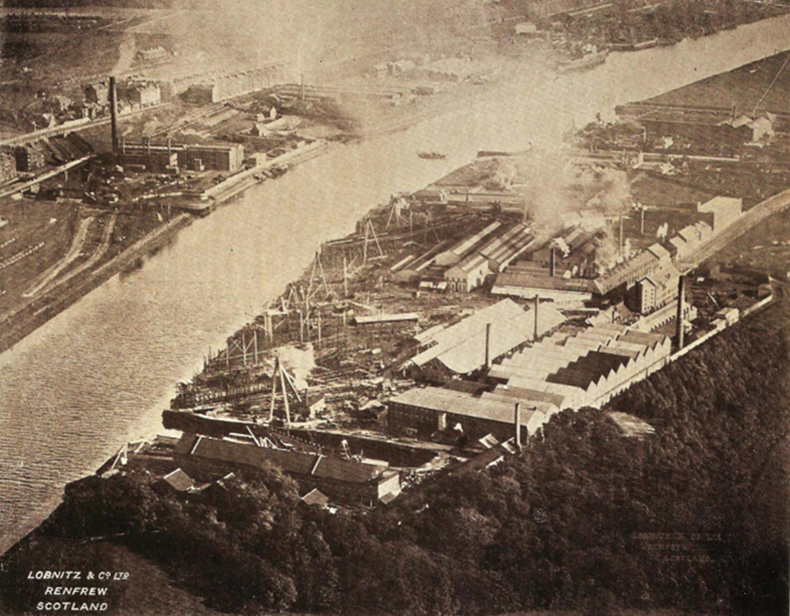 Above: A hive of activity at Lobnitz Docks during its heydey.

During this time, Henry Lobnitz also had an intense rivalry with the shipbuilding company on the East side of Renfrew - William Simons & Co, who had been firmly established since 1860 in Renfrew prior to Lobnitz & Company entering the scene. Both companies became technical innovators of their trade as they improved the performance of their dredgers and hoppers whilst also able to keep costs down.

William Simons & Co was one of the first ship-building companies to introduce steam-driven bucket dredgers and hoppers with bottom-opening doors in the 19th century. Lobnitz at Renfrew, on the other hand, was contracted to build sixty minor war vessels between 1915-1945 for the Royal Navy, including HMS President (created in 1921 it was the first class of purpose-built anti-submarine warships), now one of only three remaining First World War British warships. In 1915 Frederick Lobnitz, Henry’s son and now successor was awarded for his efforts by being appointed Deputy Director of Munitions for Scotland, and then a year later as Director. 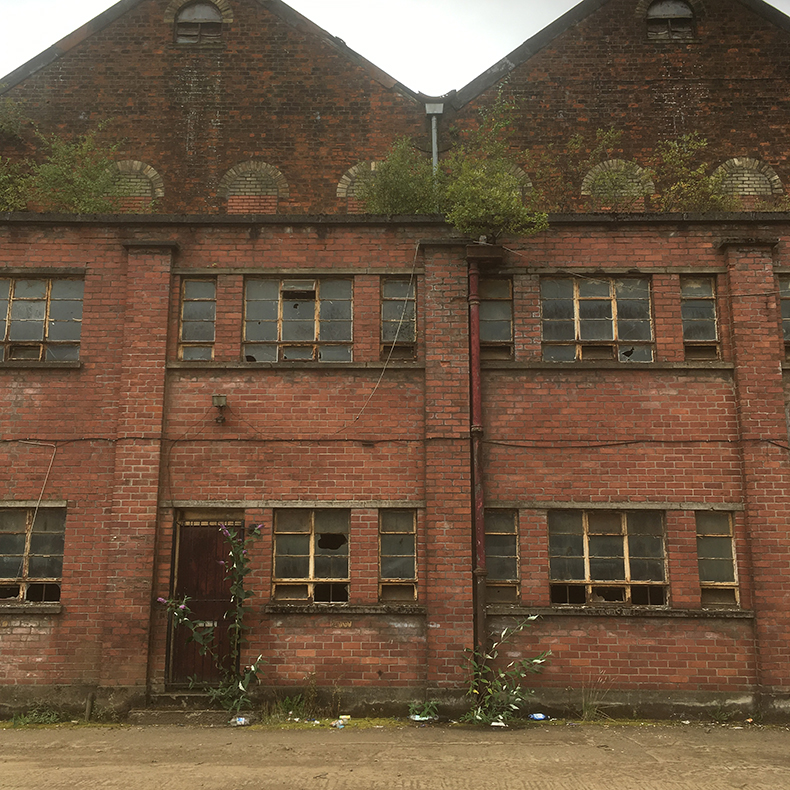 Above: The red brick exterior of Lobinitz Docks today.

Putting their competitive streaks aside in the face of declining business, the two companies joined in 1957 to become Simons-Lobnitz Ltd. before collapsing in 1964 when the Renfrew yard finally closed.

Luckily, this wasn’t the end for Lobnitz as Alexander Stephens and Sons purchased the Simons-Lobnitz name and took on their orders before merging into Upper Clyde Shipbuilders (UCS) in 1968. After UCS collapsed in 1971, Simons-Lobnitz name reemerged and continued to operate as a marine engineering and naval architect consultancy. This company still runs to this very day under a new name, Lobnitz Marine Holdings, although unfortunately no longer based at the dockyard in Renfrew. Visiting the shipyard now, it is an eerie and impressive ghost of its former industrial self, with Lobnitz Dock now the last standing Victorian red brick shipyard on the Clyde in Glasgow. 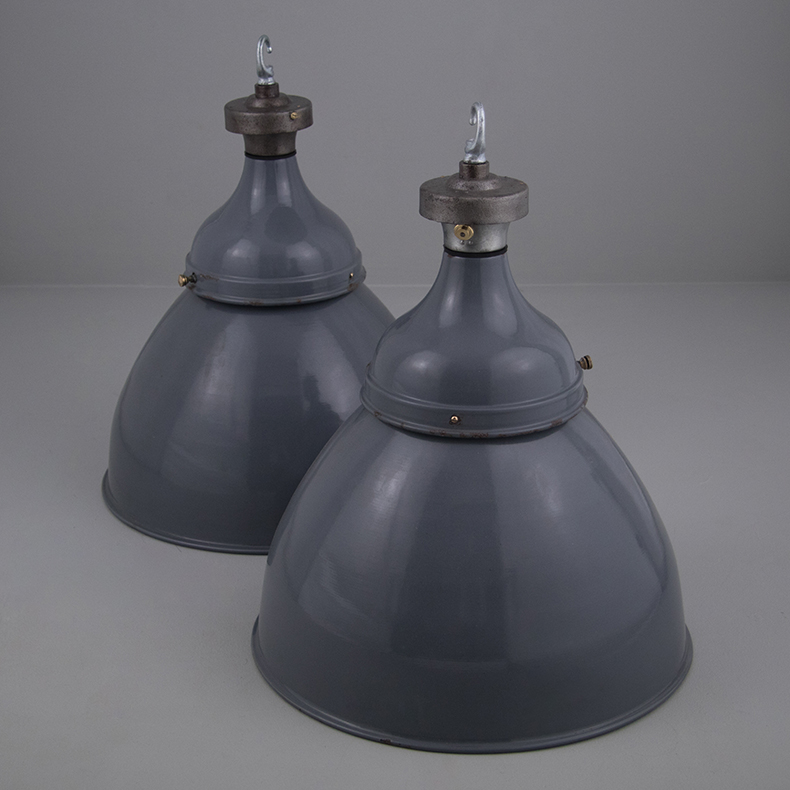 Tracing the history of Art Deco lighting and the iconic design aesthetic to piece together the story of our newly restored pieces in our collection.

Spanning 60 years and two World Wars, REVO lights encompass a huge range of design styles. Here's a short history of an iconic brand that is as popular today as it ever was.